This talks marks the presentation of Grainne Hassett’s The Calais Maps in IMMA’s Project Spaces from 29 March – 23 April 2017. The Calais Maps document the informal refugee camp which grew outside Calais town between 2015 and 2016.  This is shown with footage with Drone Press. The map series shows political moments in the life of Calais refugee camp between 2015 and 2016. The refugee camp was an informal settlement, unsupported by local or national authorities, on an old landfill. It grew in population from 1500 in August 2015 to 10,000 in October 2016. Scant cold water taps, portaloos and temporary street lighting were provided. All other facilities on the maps were built by volunteer NGOs and refugees.
Hassett organised/built community infrastructure for the camp- a women’s and children’s centre, a therapy and community space, a vaccination unit and a youth centre. Whilst working, she mentally mapped social and physical processes. Following the brutal demolition of the south camp Hassett commenced the task of mapping to bear witness to a town disappeared. Highlighting the importance of architectural research through practice Hassett’s drawings speak about her work as a witness to address pertinent topics regarding the political, social and environmental issues which motivated her time at Calais. Drone Press filmed the footage in February/March 2016 immediately after the dismantling.

Talks in this series are programmed in partnership with the Irish Architecture Foundation and IMMA.

Grainne Hassett is a practising architect with Hassett DucatezArchitects and Senior Lecturer at the School of Architecture, University of Limerick (SAUL) .  Earlier manifestations of these drawings have been exhibited at The Barbican London in June 2016 and at Southbank in October 2016.

Hassett Ducatez Architects is committed to a close connection between architecture and its own research. Hassett believes that architectural thinking advances through its negotiation of the architectural project within society- with technology, art, law, financial instruments and other myriad strategies. This practice is the field of her research and informs her teaching. In the context of the European humanitarian crisis in Europe Hassett proposes a re-examination of architectural practice and education. The practice work has received the Downes Medal for Architectural Excellence, 11 prestigious architectural awards in Ireland, been thrice nominated for the Mies Van Der Rohe prize and the UK YAYA prize, and has been exhibited at the Venice Architecture Biennale amongst other featured, lectured, published, or exhibited scenarios nationally and internationally.

For more details, please check out this link 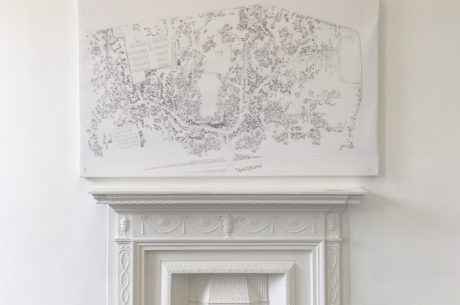