The Future of Limerick

Prof of Architecture Merritt Bucholz will conduct a public interview of two architecture critics, Kazys Varnelis from New York and Irénée Scalbert from London, about the future of Limerick. The talk will be conducted as a discussion between two well-known and respected internationally based architecture critics who have been teaching in Limerick for over five years. The event will not only be an interesting discussion, it will connect Limerick to the global discussion and to bring insight to the issues Limerick faces.

Kazys Varnelis is Director of the Network Architecture Lab at Columbia University and co-founder of the conceptual architecture group AUDC, which published Blue Monday in 2007 and exhibited widely in places such as High Desert Test Sites. He has taught at the University of Limerick since its founding in 2005. He edited the Infrastructural City, Networked Publics and The Philip Johnson Tapes, all published in 2008. He has worked with the Center for Land Use Interpretation and produced the New City Reader with Joseph Grima for the Last Newspaper exhibit at the New Museum. His present book project is Life After Networks: A Critical History of Network Culture. His web site is http://www.varnelis.ent

Irénée Scalbert trained at the Architectural Association in London in the late 1970s. After several years in practice, he returned to the AA in 1989 to run a design studio. From 2000, he was Course Master in history and theory at the AA. As a critic, he has been associated with architects including Tony Fretton, Caruso St John, Dutch architects in the mid 1990s and FOA. As a historian, he has written articles on architecture in the 1950s, notably on the Smithsons, as well as essays on the Rococo and on landscape painting. He is the author of A Right to Difference: The Architecture of Jean Renaudie, commended in the CICA Exhibition Catalogue Award 2005. Since 1998, he has been a member of the editorial board of AA Files. He is a regular guest lecturer and is running a course on European architecture at the GSD in Harvard. Since 2007 Irénée is teaching history and theory of architecture at SAUL. 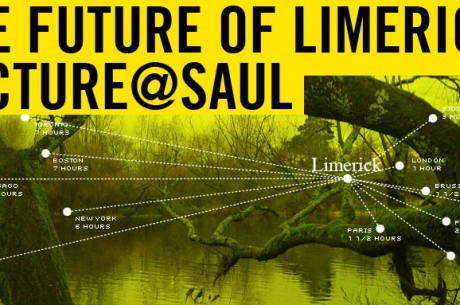