The Irish Museum of Modern Art, The Royal Hospital, Kilmainham

The Calais Maps document the informal refugee camp which grew outside Calais town between 2015 and 2016. The settlement grew in population from 1500 in August 2015 to 10,000 in October 2016. Following the demolition of the south camp, Grainne Hassett commenced the task of mapping, using architectural methodology to bear witness to a town disappeared. 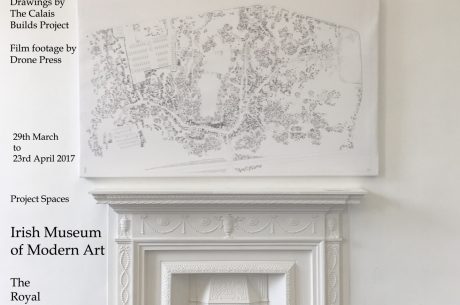