by Lytle Shaw, School of Architecture, University of Limerick and Professor of English New York University

to be launched by Margaret Mills Harper, Glucksman Professor in Contemporary Writing in English, School of English, Irish, and Communication, University of Limerick

‘Narrowcast: Poetry and Audio Research’ considers the problem of what sort of evidence is offered by tape recording, and where that evidence might make a difference in our thinking.  The book explores how mid-century American poets associated with the New Left mobilized tape recording as a new form of sonic field research even as they themselves were being subjected to tape-based surveillance.  Media theorists tend to understand audio recording as a technique for separating bodies from sounds.  But this book listens closely to tape’s embedded information, including information about the bodies that make sounds, and the spaces in which they make them.  Narrowcast thus offers a site-specific account of tape recording–this through four case studies of American poets working with tape in the 60s: Allen Ginsberg, Larry Eigner, Charles Olson and Amiri Baraka.  In considering the FBI and CIA scholars that listened in on the daily lives of these poets, Narrowcast also offers a new account of Bureau and Agency operatives as literary critics and historians.  But rather than encourage a distant chuckle, the book ultimately demonstrates the close kinship between the state’s scholarship, and that of official literary critics.

Lytle Shaw is a New York based writer whose criticism and theory have centred on literature, the visual arts, and their relations to one another.  His monographs include Frank O’Hara: The Poetics of Coterie (2006), Fieldworks: From Place to Site in Postwar Poetics (2013) and Narrowcast: Poetry and Audio Research (2018). He has published over 70 essays for museums including DIA Center, Reina Sofia, Drawing Center, Whitechapel Gallery, De Hallen, and for journals including AA Files, ASAP Journal, American Literary History, CAA Reviews, The Global South, Artforum, and Cabinet, where he is a founding contributing editor. Shaw is professor of English at New York University and has been a member of the History and Theory faculty at SAUL since 2007.  He is currently shepherding two books into print—Specimen Box (art essays), and New Grounds for Dutch Landscape (on time and matter in three seventeenth-century Dutch painters)—and researching/composing three others: An Essay on Animal Piles (on baroque decorative carnage paintings); lowercase theory (a recalibration of the functions of theory after the moment of “high theory”) and The Temple of Discourse: Architecture Writing and the Construction of Context. 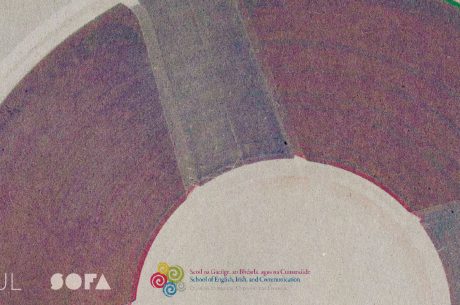