Merritt Bucholz is founding Professor of Architecture at the School of Architecture University of Limerick (SAUL) and has been leading SAUL since its inception in 2005. In 2009 Merritt founded SAUL’s research arm, the Intelligence Unit (IU) through which the research agenda of the school is directed. Merritt qualified with a B.Arch Cornell University and a M.Arch, Princeton University, and is a Member of the Royal Institute of Architects of Ireland.  Together with Karen McEvoy he practices architecture as part of Bucholz McEvoy Architects. Major built works include Fingal County Hall, Limerick County Council Headquarters, Westmeath County Council Headquarters and Library, Elm Park mixed use development, and the Samuel Beckett Civic Campus. Bucholz McEvoy Architects are noted for award winning low energy designs, and have twice represented Ireland at the Architecture Biennale in Venice. 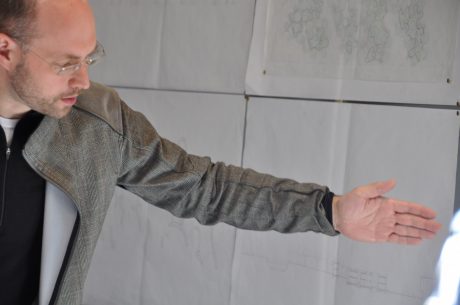