Born in Fez, Morocco and moved to France at an early age. He graduated from PUC Campinas, Brazil and UCD, Dublin with a B.Arch. He lived and worked as an architect in various countries including UK, France, Brazil and Ireland before setting up ArchitectureRepublic in Dublin 2005. He was president of the Architectural Association of Ireland from 2005-06 and currently teaches at the School of Architecture University Limerick.

His practice, ArchitectureRepublic with offices in Dublin (Ireland) , Copenhagen (Denmark) and Lyon (France) operates in the fields of architecture, urbanism and landscape design. In the past few years, Architecture Republic received numerous awards for excellence in architectural design including numerous AAI Awards, Irish Concrete Society Award and received a nomination for the prestigious Mies Van Der Rohe Awards in 2011 as well as being awarded as one of top 40 European architects under 40 by the European Centre for Architecture Art Design and Urban Studies. 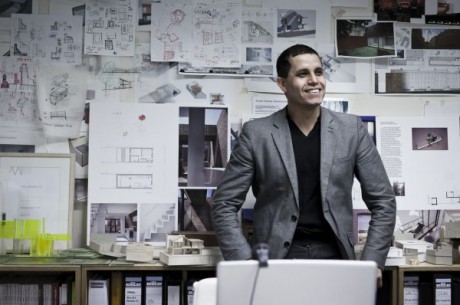